Vishnu Bipat started his entrepreneurial life at age 20, trading in coffee beans from south india. Moving on he expanded the dry fruits and rice products. He has been active in different fields such as energy and aviation. Currently he is starting up a company in renewable energy, catering to India and the Middle East. 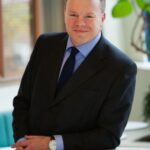 (Plenary session The Age of Co-Creation)

Mark Buitenhek (1966, Dutch nationality) joined ING in 1988 and is Global Head of Transaction Services, with overall responsibility for payments, cash management, trade finance, working capital solutions and commercial cards for Wholesale Banking. He has more than 25 years of international experience across retail and wholesale banking.

He has led many strategic and change projects across ING’s Retail and Wholesale divisions. Recently, he supervised the complex SEPA migration process, the development and implementation of the omnichannel strategy for Wholesale Banking, the launch of predictive data analytics, and the repositioning of the trade finance business model.

Mark is an active leader in a range of European industry bodies in payments and cards.

A SWIFT board director, he is also a member of the Advisory Boards of Bank Mendes Gans, Equens and MasterCard. He also sits on the European Payments Council’s Board.

(Plenary session The Age of Co-Creation)

Alan Flower is the HCL CTO for Europe, Middle East and Africa (EMEA). A successful entrepreneur and technologist, Alan is deeply passionate about using technology to support the digital transformation of business and to drive the creation of innovative products and services.

With a corporate background formed at IBM, HP and multiple startups, Alan has an extensive track record as a visionary and thought-leader with real hands-on experience leading global technology organizations.

Alan engages with technology leaders who seek to take advantage of the move to Digitalization to drive IT-enabled business innovation within their organizations. As the focus of IT rapidly evolves to become the enabler of new business models Alan is helping IT leaders take a stronger role in leading their business forwards.

One of his key focus areas at HCL is the innovative use of Automation, AI and Analytics to bring simplification, efficiency and agility to Enterprise IT 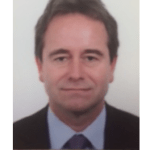 Director for International Business at Netherlands Ministry of Foreign Affairs

Is since December 2011 Director for International Business at the Netherlands Ministry of Foreign Affairs. Prior he acted as Deputy director for Trade Policy and Global issues at the Ministry of Economic Affairs. He is an experienced economist with 20 years’ international experience contributing to the success of political, economic, regulatory, and public policy initiatives supporting core missions of the Netherlands government and the European Union.

He worked from 2004 till September 2008 as Head of Economic Division at the Netherlands Embassy, Washington, DC. He managed a team of experienced diplomats/economists to advance Netherlands’ policies on joint World Bank-Netherlands initiatives in developing countries, development cooperation, energy, climate change, international trade policy and information and communication technology.

As the head of an Economist Team at the Economic Policy Department of the Ministry of Economic Affairs, The Hague he recommended and formulated strategies to the Minister/Deputy Prime Minister, State-Secretary, the chief economist, and senior management on political aspects of macro-economic policy, trade policy, legislation, regulation, and executive decisions, focusing on initiatives aimed toward creating both effective and open/competitive markets, fostering competition in network industries, and achieving sustainable economic growth.

He also worked as an economist and advisor at the Ministry of the Interior and Kingdom Relations, the Permanent Representation of the Netherlands to the European Union and was Advisor Energy, Development Cooperation and Budget issues at the European Parliament, Brussels/Belgium, Strasbourg/France. 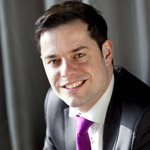 The Hague Alderman for Economic Affairs, Harbours, Welfare and Health as well as the Scheveningen district.

Mr. Karsten Klein is The Hague’s alderman for Economic Affairs, Harbours, Welfare and Health as well as the Scheveningen district.

He earned a Master’s Degree in Public Administration and is member of the Municipal Executive since 2010.

His main objectives are to strengthen local economy and to ensure quality of life for elderly people by investing in welfare and health innovation.

Recent successes include the further development of the Scheveningen harbour, a congress on health innovation and the launch of the new citybranding approach.

During this coalition period, Mr. Klein has paid two working visits to India. A third visit is planned for the end of this year. 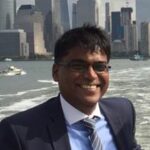 Santosh career is rooted in the achievements including doing a “startup” within the organization – setting up and running of an Innovation Lab in London for a large strategic financial services client.

In his role as head of Innovation labs, he has helped clients set up innovation labs, embrace cultural change and new ways of working, connect with Fintech startups, and move them into the future digital operating model.

He maintains a proven capability that has earned customer trust and respect thereby driving significant growth for the organization. He was also instrumental in shaping a number of innovative service offerings & business models.

He is a certified iCoach from Cornell University. He is also certified in Emerging Leadership Program from Harvard Business Publishing, specializing in the Innovation, Strategy, Leadership, Customer Focus and Corporate Governance. 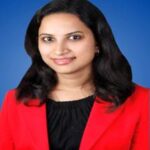 Nidhi is a Chartered Accountant with a diversified industry experience of over 15 years and a focus on Technology, Media & Entertainment sector.
She has extensively advised companies on corporate tax, entry and exit strategy, inbound and outbound investment structuring and devising tax-efficient ownership and operating structures.

She has worked on a range of assignments, involving cross border acquisitions and investment/ business structuring, domestic tax laws, foreign exchange regulations, double taxation avoidance agreements and other international tax/ regulatory matters.
She has also advised on the group/ business structuring strategy for many e-commerce clients from a tax and regulatory perspective.

She is a regular speaker at various business forums and actively contributes to KPMG India’s Thought Leadership publications.

She has also worked with KPMG in the Netherlands and has gained knowledge about Dutch tax laws and EU taxation as well.

She is an active member of the European corridor and leads the India-Netherlands and India-Italy corridors for KPMG in India. 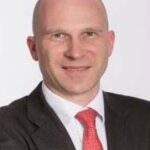 Ruben joined KPMG Deal Advisory (Transaction Services) in May 2005. Over the years, Ruben has been involved in a wide range of different engagements, including vendor due diligence projects on global and local businesses, buy-side due diligenceprojects including engagements when VDD reports are available, and independent business reviews. A substantial number of these projects also included elements of modelling, SPA advice, restructuring, and post-deal integration.
With KPMG The Netherlands, Ruben is a key member of the
Previously, Ruben worked as a senior portfolio manager and senior buy-side analyst at RobecoAsset Management in Rotterdam.

Vipin Moharir is an ‘Innovation Agent’ with over twenty years of managerial & consulting experience. He appears frequently in the media and regularly speaks at events.

He has a Bachelor’s Degree in Computer Sciences Engineering from Pune University, India & a Master in Business Administration from Maastricht, The Netherlands. Vipin worked in the USA & UK with Multinationals before deciding to undertake his own entrepreneurial adventure.

Vipin is a founding member & director of the Gateway NINtec Group Of Companies. The Group offers Innovative Technology & Media solutions for various industries through its offices in 17 countries, with India as one of their production facilities. The Group demonstrates a unique debt-free, organic growth strategy in the past 2 decades. The Group is poised to engage in major M&A activities in the near future to expand their global footprint.

Vipin has been a dedicated and active board member of the NICCT. In June 2015, he was elected by the General Council as the Chairman of the NICCT.

With the unique blend of Indian background combined with Dutch/International exposure, he has evolved into a serial entrepreneur at ‘heart and soul’. Vipin believes fervently that “There is no substitute for hard work”.

Jeroen Plag was appointed as Chairman of the Working Group India of the Dutch Trade & Investment Board as of January 2015.

Within ING he is responsible for the three regions Asia, Americas & UK, for corporate client coverage, as well as the Asia Desk in Amsterdam. In his former role, Jeroen was responsible for overseeing business opportunities for our corporate clients business across CB’s network. Prior to this appointment,  Jeroen served as Country Manager of ING Bank N.V. Seoul Korea. Before joining ING Bank Seoul in 2009, he was responsible for  ING’s corporate and institutional client relationships in South East Asia; delivering the full range of ING’s banking and advisory products to meet the needs of our Commercial Banking clients.

He also serves as Honorary Consul General for the Republic of South Korea in Amsterdam.

Jeroen Plag started working with ING in 1994 in the dealing room, both on the foreign exchange and interest rates trading and corporate sales side. After that he spent six years in corporate clients in both Amsterdam and New York, providing Global Clients with a broad range of corporate banking solutions. From 2004 to 2006 he acted as the Chief of Staff to the Executive Board member for Commercial Banking.

He holds a Bachelors of Economics from the HES in Rotterdam. 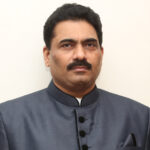 Mr. Salunkhe has also founded various organisations to support SMEs, Young Entrepreneurs and Start-ups for business growth, export opportunities, business education and knowledge, capacity building, interface with policy makers, channelise finance & investment, joint ventures, technology transfers, setting up industries. He has been in the forefront to resolve the issue and problems of SMEs and Industry and provides suggestions and recommendations to various government agencies for policy change and policy implementation.

Mr. Salunkhe has represented various Government Committees, Study Groups, Sub-Committees and Panels to give inputs on Industry, Finance and SME Sector.
Representations:
 Industry and Task Force, Maharashtra, Chairmanship of Chief Minister
 Member, RBI Empowered Committee for SMEs and SLIC
 Member of National Advisory Board of MSME (2011-2013)
 Director on the Board of Bharat Heavy Plates and Vessels Ltd. (2002 – 2004)
 Board Member of Asia Mergers and Acquisitions Association 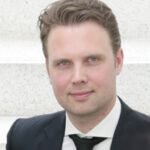 Author of ‘Hyperthinking’, Phil Weiss is an entrepreneur and strategic thinker who has been working with leading corporations for the past two decades. He speaks for corporate and business audiences around the world on range of topic related to disruption, innovation and technology.

He founded ZN (www.zn.be) the leading digital agency working with companies, political institutions like the European Commission and Parliament and organisations on how to use the Internet to integrate and transform business and communication. He works with such household names as Toyota, Microsoft, Sony, Sanofi Pasteur, UCB and various industry associations. His Hyperthinking model was developed to enable the ZN team and their clients manage rapid change and innovation to adapt their strategies and structures to the age of networks.

Whilst studying Philosophy, Politics and Economics at Oxford, Philip Weiss launched two college magazines, started the first student radio station on a full FM licence in the UK, and received the Young Achievers Award from HM the Queen.
In 2009, Philip helped co-found TEDxBrussels (tedxbrussels.eu). He was
chairman of IABC Europe (International Association of Business Communicators: http://europe.iabc.com/) in 2012 and organised Eurocomm, the regional conference of the organisation in Brussels.

In 2012, he wrote the book ‘Hyperthinking’, defining the mindset needed to survive and thrive in the age of networks. Information on the book can be found at www.hyperthinking.net. He blogs at hyperthinker.com.