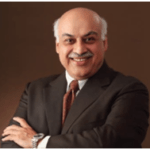 Mr. Vivek Chaand Sehgal is an entrepreneur and the Founder Chairman of the Samvardhana Motherson Group and Vice Chairman of Motherson Sumi Systems Limited. Starting with trading in 1975, he established Motherson, along with his mother. In 1983, Motherson signed a technical agreement with Tokai Electric Company (now Sumitomo Wiring Systems, SWS) to make wiring harnesses for Maruti Udyog. In 1986, he formed his first joint venture with SWS, Motherson Sumi Systems Limited.

He successfully handles more than 20 collaborators and multiple joint ventures.

Mr. Sehgal has looked for acquisitions which bring strategic value. A major acquisition was the rear-view mirror business from Visiocorp Plc., UK, one of the largest global manufacturers of rearview mirrors, in March 2009. In 2011, the group acquired Peguform, a €1.34 billion company, which is one of the leading suppliers of modules and molded polymer products to the automotive industry in Europe.

He was chosen as the entrepreneur of the year in 2011 (Manufacturing) by Ernst &Young India. He loves playing golf, has a liking for luxury cars and is an avid cricket follower.

Mr. Kewal Shienmar was born in 1958 in the Punjab in India. Over time he has been responsible for digital maps, their content and quality at TomTom. In this role, he was responsible for the introduction of maps in most emerging markets including India.
He is currently employed by TomTom International in Amsterdam as a Product Line Manager for consumer products but is also attached to TomTom India Ltd as a Project Lead where he played a crucial role in the launch of TomTom. During implementation it quickly became apparent that traditional address and destination selection methods used in TomTom would not be sufficient for India, therefore he, pioneered the TomTom Landmark Navigation™ effort and led the development and implementation efforts for other features and products in India.

Kewal has held posts at Navteq, TPG and DowJones culminating over 20 years of experience in the navigation, location based, and content aggregation/licensing businesses. He resides in the Netherlands. 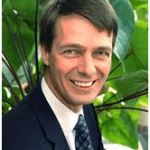 He has more than 28 years of professional experience in the infrastructure sector in Europe, Asia and Africa, serving both public and private sector clients. He has extensive experience in providing leadership to business entities active in the markets of Transportation, Aviation, Water, Environment, Building and Industry, delivering program- and project management of planning-, design-, design-build and construction management projects. His approach is to build long term partnerships based on integrity and respect.
Mr. Galavazi was responsible for the development of DHV India and developed innovative approaches for PPP infrastructure projects in India, including toll-road and sustainable city development. He is convinced that sustainable project solutions and sustainable innovation are key to economic success.

Mr. Tjaco Walvis is a partner at THEY, a brand consulting and advertising agency with offices in Amsterdam and New Delhi. Previously, he was a strategy and research director with BBDO. Tjaco is a leading expert on brand strategy issues, including brand positioning, extensions, portfolio management and location branding. He has worked with boards and marketing executives of companies like Amsterdam Airport Schiphol, DaimlerChrysler, Dorito’s, Getronics, Mars, McKinsey & Company, Nutricia, Robeco and Sanoma Publishers. He has served clients in a broad range of industries, including fashion, fast mover consumer goods, financial services, government, insurance, media, pharmaceuticals, private banking, postal services, publishing, retail, telecommunications and world expositions. He has published many articles and lectures regularly on branding and holds two Master degrees, in economics (MSc) and philosophy (MA). 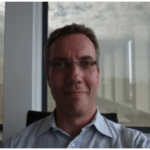 Mr. David van de Weg is the Chief Operations Officer at NTL Lemnis, an internationally operating LED lighting company based in India, The Netherlands and Africa.

Mr. David van de Weg is married with two children, and currently lives in the east part of The Netherlands.

Previously, Mr. David van de Weg has worked in several international roles, amongst which for the French based Thales group in the field of surface radars in France as well as The Netherlands. Before that he worked at Philips Domestic Appliances, mainly in the Dutch and Chinese environment and started his career at Philips Semiconductors in three different capacities experiencing mostly the US, European and Asian areas. Mr. David van de Weg holds a Master’s of Science from the Delft University of Technology. 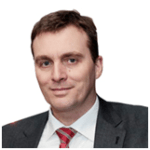 Mr. Steven ten Napel has close to 20 years of experience in setting up and managing offshore software development centers in India for global customers. In his last assignment, he has successfully established and led the offshore R&D division for a major European software development company with more than 300 people. His relentless drive for improving business by bridging cultures of companies and countries is essential for coMakeIT and its customers.

Steven’s passion for improving business relationships between The Netherlands and India is seen in his member ship in the Dutch Trade Board India (DTB India), the dutch public/private cooperation initiative to promote and support international business.

Mrs. Lalita de Goederen – van Lamsweerde, CEO and Founder of Lalita’s Bagel’s Cafe Pvt Ltd is a first generation entrepreneur and the force behind the only cafe in India focussed on serving authentic bagels, Bagels Cafe.
With a career spanning over a decade, she started out as a communications specialist working with the leading consultancy firm, Burson – Marsteller Netherlands.

Lalita’s connection with India started literally when she was born and her parents decided to name her Lalita since they loved India. Years later, she started volunteering at Amnesty International Netherlands and was the country specialist for India. Soon thereafter, her husband, Alexander de Goederen, and she decided to move to India and pursue their respective entrepreneurial ambitions. That is what led to the creation of the first Bagels Cafe outlet in Arjun Marg, Gurgaon in June 2009.

With three young children and a fast growing Bagels Cafe, Lalita is a multi-tasker extraordinaire. She is known to forsake sleep to pursue her hobbies such as field hockey, golf, scuba diving and travelling. In addition she has a particular interest in music, dance and culture (non-western cultures, especially India).

After an unsuccessful joint venture, Metaflex saw a chance to capitalize on this ‘bad’ experience. In 2007 there was no company in India specializing in cold chain doors. Given the structure and the growth rate of the Indian food and cold chain market, it was obvious to Metaflex that a specialist company could do well, although not all research was positive. Metaflex decided to create its own niche and be first in the mind of the customer.

In 2007 many expected that organized retail would be opened for FDI soon. It would have catapulted our business. In 2012 the hope is still there. So in spite of reforms, Metaflex catapulted its own business.

India is in many ways ‘the world upside down’. What is abundant in Europe is limited in India and the other way around. Demand for products is abundant, but the manufacturing base in India is poor. The challenge is to build a sustainable business and create an environment where Metaflex’ people can work with passion and give their children a better future.

Peter holds a degree in engineering (1978) and an MBA from Nijenrode Business School (1995). He is a dedicated sailor, is married and has 3 children.

Previously Mr. de van der Schueren was based in Delhi as Country Head of Redevco India. Subsequently he led Redevco’s Shanghai office. Prior to joining Redevco in 2006 he worked in various capacities at ING Real Estate including Development, Investment Management and Finance. Mr. de van der Schueren holds a Master’s of Science from the Delft University of Technology.

Mr. Stefan Wijers was born in Amsterdamin 1967. He is a multipurpose and popular panel chairman, facilitator and moderator.

Mr. Wijers grew up in Denmark. After studying law at the University of Leiden he became the assistant to a member of the Second Chamber for the D66 parliamentary party in 1994. In 1998 he went to the Strengholt Group and was active in lobbying for the FM broadcasting frequencies for Radio Noordzee. From 2001 to 2008 he worked as a senior communications advisor for OPTA. Since 2008 he’s occupied as a professional facilitator and moderator.

Examples of Stefan Wijers in action: